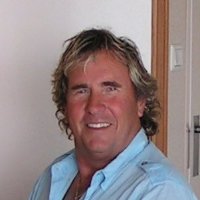 Tuesday No Comments By hank_admin General

By Wendy Jesperson, Featured in Landscape Trades January 2008 As the first Canadian to receive the Certified Landscape Professional designation, Harold Deenen was one of the driving forces behind bringing certification to Canada. He continues to champion certification within his company, Canada’s trade associations and the entire horticultural community. As CEO of Hank Deenen Landscaping in Toronto, a third-generation landscape construction and maintenance business, Deenen was asked to serve on the board of governors for ALCA (Associated Landscape Contractors of America), now known as PLANET. The U.S. organization required that all board members be certified, so Deenen dutifully set out to earn his CLP. “I took the U.S. exam and failed the human resources section, but that experience clued me in to the fact that some of the material in the exam was dated and strongly American,” Deenen explains. He received his CLP certification in October of 2004 and then made it his personal mission to bring the exam to Canada, but not before ensuring the exam as updated and regionalized. The Canadian Certification Committee reviewed the entire exam and concluded that it needed a complete rewrite. Deenen’s partner in the CLP mission was Bruce McTavish, of the British Columbia Landscape Nursery Association. McTavish facilitated group sessions designed to update the CLP materials and hired sub-contractors to write and update various sections. After some testing and fine tuning, the new CLP exam was launched in 2005.

“I had always been involved with the Certified Horticulture Technician program,” says Deenen. “In the U.S. they consider CHT a foreman’s certification. It’s a great program, but it falls short in measuring the business and administrative skills that are necessary for owners and managers – now CLP fills that void perfectly.” For Deenen, it’s less about hanging certifications on the wall, and more about people pushing themselves to improve skills. “You can guarantee that by going through the CLP exam, you will become a much better businessperson,” Deenen says. With 50 or so employees, Deenen is promoting the benefits of certification on a daily basis. He has two managers working on CLP right now. “It’s a great benchmark for staff that are moving up the ladder and taking on more managerial roles,” he says.

Standing out in a crowd

Keeping customers informed about certification is a priority for Deenen. “It is very difficult for a consumer to tell one landscape company from another, so we do our best differentiate ourselves,” he explains. While he admits that ‘professionalism’ is an overused term, Deenen wants his customers to know that Hank Deenen Landscaping believes in bench marking to ensure quality work from qualified staff. “We are also very proud of our safety culture. Everyone in the company, including me, has undergone safety training and testing and is safety certified. We are now working towards our third year of zero accidents and zero lost time,” Deenen explains.

Deenen says he would recommend purchasing the CLP study manuals to anyone. “It is such a fabulous reference manual for doing business better,” he says. Read the manuals, Deenen suggest, and concentrate on the areas you know you aren’t great at. “One of the most important parts of learning is self-assessment,” notes Deenen. “I enjoy a challenge and I always like to know where I need to improve.” With the help of CLP seminars available through provincial trade associations, and some old fashioned studying, Deenen feels confident that CLP status is achievable for many horticulture industry business owners. “I understand that a lot of people are afraid of tests, but it is important to challenge yourself,” he says. “Even if you take the test and don’t pass all the modules, at least you have identified the areas you need to work on – and there is no failure in that!”